Why are Jews so Successful? What would you say? 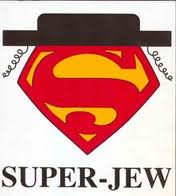 About 9 years ago I had an appointment with a client of mine and we decided to meet at a bar on in the upscale neighborhood of after work.  We were having a couple drinks when we started talking to 3 guys sitting next to us at the bar.

These guys were your stereo typical Wall Street types… with the fancy suits, drinking the best scotch and smoking their fine cigars.  One of them was especially full of himself.  He kept talking about how much money he was making and how he had such and such a car.  He seemed like one of those guys who carry a picture of himself in his wallet.   When we started to talk about where each of us worked, he mentioned that he worked at a fairly famous national stock brokerage company.  I happened to know someone who worked and there and even though my new friend wasn’t Jewish, I decided to play Jewish geography anyway.

So I asked him… do you know David Schwartz (not the real name)?

Before, I tell you what he said, here’s what I knew about David Schwartz at the time.  Like me, he wasn’t raised religious, but he became observant sometime after college.  At the time, David had 3 daughters and I had always known him to be a good father and husband.  He also spent whatever spare time that he had working on community projects and helping people rediscover their Jewish roots.  I didn’t know how much money David made, but he had a nice house and always seemed to give tzedaka and sponsor whatever local Jewish charities that he could.  David was one of my early mentors as I was growing in my Judaism and I was very fond of him.

When I asked if this guy knew David Schwartz, his face totally changed.  Every bit of arrogance dropped from his face and he was literally awe struck.  He said “You know David Schwartz???  He’s the number one guy in the area.  He’s one of the best brokers in the whole company.”  By the way he was acting, it was almost as if we were talking about some celebrity or larger than life figure.

It took him a couple minutes to gain his composure back, but then he asked one of the most interesting questions I’ve ever heard.  He said “I hope I’m not crossing the line, but I have to ask you something… why are Jews so successful?”

In the hopes of getting a range of answers, I’m going to temporarily end the article here and not give my response.  I’ll give it some time down the road.  For now, I want to know…