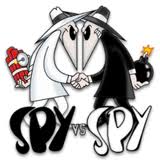 The Torah portion of Shelach describes one of the lowest points for the Jewish people after becoming a nation.

It should have been a momentous time.  So many trials and tribulations in their past.  The opportunity to build a new national life for themselves in the , the permanent home of the Jewish people.

Unfortunately, things didn’t work out so well.  Moses sent 12 men ahead to spy out the land and deliver a report back.  Ten of the men reported that though the land was great, it was inhabited by mighty people and the challenge was too great for the young nation to bear.  The people quickly became disheartened and cried out to return to .  The L-rd unleashed a punishment that killed those 10 men, said that the nation would not be able to enter the land of Israel for 40 more years and decreed that all of the men above the age of 20 with the exception of the tribe of Levi, the other two spies, Joshua and Caleb, would die before entering the land.  Numbers aren’t precise, but I would guess that included close to 750,000 people.  The Hebrew date was the 9th of Av.  This was the first disastrous event to start off a date that has brought tragedy after tragedy to the Jewish people.

While tragic, we rationalize the decree against the people that they lacked faith and they will enter the land after the coming of the Messiah during the resurrection of the dead.

The decree on the spies and their exact crime is a little more perplexing.  Here’s exactly what they said in chapter 13, verse 27. “We arrived at the Land to which you sent us and indeed it flows with milk and honey, and this is its fruit.  But, the people that dwells in the Land is powerful, the cities are fortified and very great, and we also saw there the offspring of the giant.  Amelek dwells in the area of the south; the Hittite, the Jebosite and the Amorite dwell on the mountain; and the Canaanite dwells by the Sea and on the bank of the .”  In verse 31 they state, “We cannot ascend to that people for it is too strong for us!  The Land though which we have passed, to spy out, is a land that devours its inhabitants!  All the people that we saw were huge!  There we saw the Nephilim, the sons of the giant among Nephilim; we were like grasshoppers in our eyes, and we were in their eyes!”

According to the commentaries that I read, the spies told the truth.  If that’s the case, what exactly did they do so wrong?  And additional question is if the spies were so evil, how come they got exactly what they wanted?  They didn’t want those people to go into the and that’s what happened.

Ramban says that when they used the word “But” it left a negative connotation and they should have used a more positive word.  While this may be correct, it certainly seems like an extreme reason to deserve the death penalty.

Rashi says that when they said “It is stronger than us!”, they really meant that “It is stronger than him!” claiming that the spies said the land is stronger that G-d.  This could be construed as a rebelling against G-d and that would be a reasonable reason for the death penalty.  However, if this were truly the case, one would imagine that the text of the Torah would reflect it.

In looking at the actual text, the verse Rashi speaks about says that “It is stronger than us”… not “They are stronger than us.”  The verse seems to be saying that as great as the people are, can beat them.  However, the land is stronger than can handle.  That being said, were the spies wrong?

Since the nation waivered so easily, clearly they couldn’t handle living in such a demanding land.  Even after Joshua conquered the land, we were expelled from it because of our improper actions.  The Torah tells us that the vomits out immorality.  Even today, living in the provides immense challenges.

I heard once in the name of the Lubavitcher Rebbe that the spies’ intentions were to protect that generation.  They saw their faults and did not think that they were up to the challenge of living in . It’s clear from G-d’s response, that this was not their decision to make.

Leaders of need to lead and inspire not judge and limit.

Just to add one additional point… one should never doubt the greatness of the and G-d’s holy people.
Posted by Ari Miller at 9:17 PM