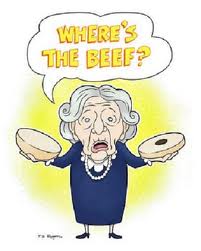 You may be thinking… wait one minute here.  There are only 5 books of the Torah.

In a sense, you’re correct.  On the other hand, Chapter 10, verse 35 and 36 in our parsha are surrounded buy two Hebrew letter nuns.  The Sages tell us that these two verses contain an entire book of the Torah to themselves.  The verses state: When the Ark would journey, Moses said “Arise, Hashem, and let your enemies be scattered and let those who hate You flee from before You” And when it rested, he would say “Reside tranquilly, Hashem, [among the] myriads [and] thousands of .”

They’re certainly moving verses, but what’s so special about them that they need a book all to themselves?

In order to figure this out, let’s take a look at what happened in before these verses and after them.

Before them, the Torah tells us how the camp of would travel during their 40 year span in the desert.  Sometimes they would stay in the same spot for a day and sometimes they stayed in the same spot for many years.  It seems like they never knew how long they’d be at each place.  The stayed or left by the word of Hashem.  The Torah doesn’t give any reason why they moved around so much. I heard a beautiful explanation that said that the reason for the frequent and unexpected moves in the desert was to give us strength to survive in our exile.  The Jewish people have been in almost every civilized country on the planet.  Sometimes, we were there a hundred years or so and sometimes we were there well over a thousand years before we were forced to leave without much notice.  It took great strength to remain a nation under such circumstances.  So much so, that the Jewish people are the only nation that has survived despite such hardships.

After them, the Torah tells us that some of the Jews and others traveling with them complained that they wanted to eat meat.  Up until that point, they had been eating Manna which appeared every day around the camp.  This was considered such an atrocity that Hashem brought down a plague on the complainers and the Torah tells us that the “wrath of Hashem flared greatly.”  A first glance, the desire for meat, while maybe not so nice, isn’t a sin at all.  They didn’t complain that they wanted pork or some other prohibited food.  They just wanted kosher meat.  What’s the big deal?  All they wanted was the next kosher restaurant.  Though it may be permissible, what they were really saying was that the Torah wasn’t enough for them.  There’s a distinct difference between someone who lives to do mitzvahs and someone who does a mitzvah to get it out of the way to get on with their lives.  With their request for meat, they were putting themselves into the latter category.  The Torah gives us 613 mitzvahs to fulfill.  The Torah also gives the non-Jewish nations 7 mitzvahs fulfill.  The difference between a Jew and a non Jew isn’t just a 606 mitzvah quantitative difference.  A Jew must be totally dedicated to G-d with every fiber of his being to such a degree that there are no other desires other than to serve him.  This is the essence of holiness.

There is solution to our earthly desires and our preemptive cure to our exile.  They can be found in between the two verses “Arise, Hashem, and let your enemies be scattered and let those who hate You flee from before You” And when it rested, he would say “Reside tranquilly, Hashem, [among the] myriads [and] thousands of .”  Since those two verses constantly surround our reading of the Torah throughout the year, in a sense, the represent all of Torah.

The only salvation for the Jew is through Torah.