Parsha Vayakhel – Pekudei – You got to have faith…

As we come to the end of the book of Exodus (Shemos), the Torah portion of Vayakhel, among other things, discusses the construction of the Mishkan (temporary tabernacle) and all of the vessels and items that it needed to operate.

In the Jewish people’s first building campaign, they gave with such generosity that Moses actually had to tell them to stop giving.  This was probably the first and last time that a Rabbi told his congregants to stop giving money.  J

Chapter 25, verse 27 tells us that “the princes brought shoham stones...”  The great Torah commentator, Rashi, asks why the Princes did not contribute anything when the Mishkan was first constructed and only contributed at the inauguration of the alter (Mizbeach)?

Thankfully for them, they got in the shoham stones for the High Priests breast plate.

There are several lessons that we can draw from this story.

In the great work of  Rabbi Moshe Chaim Luzzato, the Path of the Just, he explains to us that doing a mitzvah is only the first step towards greatness.  We must strive to do it with alacrity.  We shouldn’t passively sit back and wait until we feel like doing the mitzvah.  We should get up and run towards it.  Every time that we’re faced with the opportunity to do a mitzvah to a kindness for our fellow, it’s literally an opportunity to accomplish the will of G-d.  If someone saw a winning lottery ticket on the ground, they wouldn’t stand around and pick it up when they felt like it.  They’d jump on top of it with all of their speed and might.  If we would behave that way for a finite reward, how much more so should we behave that way for the infinite reward of following G-d properly. 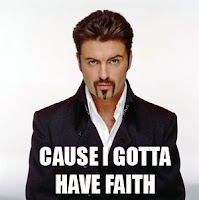 It always surprises me when naysayers doubt the potential of a Jew trying to accomplish something great.  Whenever someone sets out a bold goal, there always seem to be people around who, not only don’t want to participate, they want to tell the person that their goal is impossible.  If a Jew is fulfilling the will of G-d with all of their being, what could be impossible?  For years I’ve been involved with many different Jewish organizations and I can tell you with complete faith that when a Jew acts for the sake of Heaven, mountains can be moved.

As the leaders of the people of , the Princes should have not only acted with alacrity for the sake of their own mitzvah, they should have understood that there was no way the Jewish people wouldn’t deliver everything in their power at such a momentous occasion.

As the future leaders of (yes I’m talking to you who’s reading this article) we must strengthen ourselves to attach on to mitzvah opportunities and not only believe that our fellow can accomplish them, but to run right along side him to help get it done.