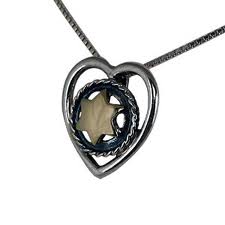 The Torah portion of Korach centers around two women that we never officially meet, doesn’t mention directly and never even get to know their names.

The text of the portion tell us how Korach, the cousin of Moses, assembles a group of 250 or so leaders of the Jewish people and strongly questions the leadership of Moses and even more precisely, questions the role of Aaron as high priest.  Obviously, Hashem sided with Moses and Aaron and Korach and his followers were destroyed.

One of the questions that the Midrash deals with is what inspired Korach to mount this open act of rebellion.  After all, Korach was a leader among the Jewish people.  As a Levite, he did not waiver at the sin of the Golden Calf or the incident with the spies.  Why now?  There are many reasons given, but there’s one that I found particularly interesting.

Several weeks ago in the Torah portion of Beha’aloscha, it tells us that Hashem commanded Moses and Aaron to put all of the Levite men through a purification ritual.  The shaved the hair off their entire bodies, immersed their clothing, Moses leaned is hands upon their heads and then Aaron picked each one up and waved them around as a wave offering.

After this incident, the Midrash tells us that Korach was walking home, bald, no eyebrows, wet clothes and after being picked up and waved around by his cousin Aaron when he saw is wife.  She saw the humiliation of her husband and fed and nurtured the seeds of strife within him.  With his wife egging him on, any inhibitions about his plan were removed and it emotionally freed him up to commit open rebellion against Moses.

In the beginning of the parsha, the Torah tells us who the leaders of the rebellion were.  Korach is listed first, followed by Dathan and Abiram.  We know Dathan and Abiram from when the Jews were still in .  They were the two Jews fighting with each other which eventually led to Moses leaving after they told the Egyptian authorities that Moses has murdered an Egyptian guard.  The Torah mentions one more leader.  His name is On the son of Peleth.  Later on the portion, when the Torah tells us about the rebellion and the punishments given to the perpetrators, On is missing.  The Midrash asks the question, what happened to On?

It answers by telling us that On was married to a righteous woman.  When she heard what he and his friends were doing, she wanted no part in it for her and her husband.  She tried to talk to On to convince him that he was going down the wrong path, but he wouldn’t listen.  Not giving up, she seduced her husband and got him drunk.  After he was drunk, she put him to bed where he passed out.  (I once read that she actually tied him to the bed) so he would miss the rebellion.  When Korach’s followers saw that On had overslept, they went to get him.  Still protecting her husband, she sat at the entrance of her tent and uncovered her hair.  (This by the way, is one of the first evidence that we know that married Jewish women should keep their hair covered).  Even though the men were following the wrong path by rebelling against Moses, they were still G-d fearing men and wouldn’t dare look at a married woman whose hair was uncovered so the left and On slept through the whole thing.

On and his wife are never mentioned again, but she goes down in history as a role model for all Jewish wives.  In the Torah portion of Bereishes, G-d makes Chava as a help mate against Adam.  What does this mean?  Either the wife is a help mate or she’s against her husband.  How can she be both?  The answer is that when her husband is acting properly, the wife is a help mate.  When acting improperly, she’s against her husband.  On’s wife fulfills this commandment beautifully.  With righteousness and modesty, she put’s her own humility on the line to protect her husband.  Korach’s wife, on the other hand, is so her concerned about her husbands dignity and her own, that she sacrifices their values for it.  This is why she suffered the same death as her husband.

If you think about it, most of the world’s calamites have been caused by an arrogant husband and a wife to weak to stand up against him.

A wife of strength, modesty, self sacrifice and persistence is the true Eshet Chayil (Woman of Valor) may G-d let all men have such wives and may we have the strength and humility to listen to them when they guide us towards the proper path of service of Hashem.
Posted by Ari Miller at 9:37 AM