Once the inadvertent murderer reaches the city of refuge, the blood avenger can not harm him while he’s there.  He must remain in the city for the rest of his life or until the High Priest dies in order to be safe from the blood avenger.  I always found it particularly interesting how the Torah sees people that made mistakes as opposed to the secular system of courts. 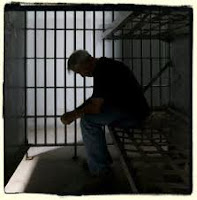 In our society, if someone died due to the negligence of another, the guilty party may very well be sent to prison.  That prison will be filled with all kinds of terrible criminals.  After spending the required amount of time with other criminals, what do we think the guilty party learned?  I would venture to say that they didn’t find too many positive role models in prison.  They probably found violence and negativity.

The Torah’s sentence for people like this is very different.  They go to the city of where the priests live.  They interact with people of the highest moral caliber.  Chances are, they learn from these people and improve their lives.

Even though I am mostly involved with Jewish causes, I also am involve with a program that helps young minority men re-enter society after spending some time in prison.  The original goal of the program was to train them in the field of construction so that they can earn a decent living and not have to resort to criminal behavior.  Early on, it became very apparent, that income was only half the battle.  Because these people spent so much time either with poor parenting or in prison, they had no positive role models and were missing the basic life skills that we take for granted.

In G-d’s wisdom, he saw that the best way to rehabilitate someone who made this type of mistake was to surround them with inspirational people and through that was the key for them to reenter society.  In following G-d’s infinite wisdom, I also try to keep these people away from negative influences and surround them with positivity.

This week’s parsha tells about someone who became inflicted with the disease of Tzara’as which is the spiritual reaction to the person engaging in evil speech.  Unlike the inadvertent murder or the perpetrator in our secular legal system, once it’s proclaimed that someone has tzara’as, they neither go to a place with inspirational people or a place with criminals.  They are sent outside the camp away from everyone, even the other people with tzara’as.  We can only imagine what would happen if two perpetrators of evil speech got together.  They would keep talking forever and never heal.  It’s only when the perpetrator is left in isolation that they can cease their evil speech and prepare themselves for reentry into society.

The lesson for us is not just that we shouldn’t engage in evil speech, but we should also isolate ourselves from other people who do.

We need to be very careful of who we chose to spend time with.  If we surround ourselves with the Levites (great men) of our generation, we’ll be able to raise ourselves to the loftiest of spiritual heights.
Posted by Ari Miller at 10:53 PM