The 5th Son, the 5th question and the 5th Cup… a Passover story 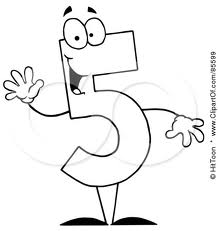 The Haggadah tells us that there are 4 sons that ask questions on Passover, the wise son, the wicked son, the simple son and the son who doesn’t know how to ask a question.

The 5th Son - To the wise son, we instruct him in Jewish law.  To the wicked son, we’re strict.  To the simple son, we explain that everything we have is because G-d took us out of .  To the son who doesn’t know how to ask a question, we must engage him.  The Lubavitcher Rebbe explains that there is actually one more son.  This is the son who is so far removed from Judaism that doesn’t even come to the Passover Seder.  In our generation, there are an increasing number of Jews who fall into this 5th son category.  They’re so confused about their Judaism they may not even know that it’s Passover.  To this son, we must engage them on whatever level we can to try to peak their curiosity.  After morning services of the first day of Passover, I got into a conversation with a friend of mine at synagogue.  He told me that for the first Seder, he had a guest over who had never been to a Seder before.  He practically beamed as he told me how engaged she was and the questions that she asked.  He truly did a great job getting the 5th son to the table.

The 5th Question – At some point after the 4 questions, one of my Seder guests leaned over to me and asked a fairly disturbing 5th question.  He asked ”What do you think Israeli soldiers are thinking right now as they read about the Jews being oppressed by the Egyptians, knowing that they are oppressing the Palestinians.”  I generally consider myself a political centrist, but this question seemed to come from the left most point on the spectrum.  What was even more troubling then the question was that the asker was someone who is an intelligent, professional, and by every other standard, a reasonable person who I respect and like very much.  Even though I already had 2 cups of wine, I firmly said that I did not believe his question was valid.  His question made the assumption that as a whole and its soldiers in particular are oppressing the Palestinian people.  I explained to him that, even though there were some incidents of cruelty from individual soldiers, as a whole has acted with a greater sensitivity to human rights and suffering then any other country in similar situation that has ever existed in the history of civilization.  The worst thing that can legitimately be accused of is a proactive defense.  The only people directly responsible for the oppression of the Palestinian people, is and has always been Palestinian leadership.  My point in bringing this up is not to defend ’s record on human rights.  I would imagine that most people reading this article are at least sympathetic towards if not out right Zionist.  My point is too illustrate how an educated modern day Jew can be so far off base.  Like the 5th son that the Rebbe describes, they are so far removed from the situation; they don’t know which end is up.

The 5th Cup – There’s a Chassidic custom to have a final meal in between Mincha and Maariv (afternoon and evening services) on the final day of Passover.  In this final meal, called the Seudas Moshiach (The Meal of the Messiah) they consume matzah and have 4 cups of wine.  Traditionally, it lasts well after Passover ends.  The prolonging of Passover is an key part of the meal.  Maybe we can consider these final tastes of wine an extension of the 4 cups we have on the Seder.  I once heard that if someone is exactly the same after praying as they were before praying, they didn’t do it right.  I would imagine that the same analogy can be applied to every mitzvah and experience.

Our goal throughout Passover is to educate & inspire the 5th son… both literally Jews who don’t go to a Seder and the 5th son in ourselves that has moments of doubt.  It’s also to inspire ourselves to think about things from G-d perspective as opposed to our own.  I once heard Rabbi Berel Wein speak about a situation where a businessman was trying to get the head of the Orthodox Union to break a technical rule for certifying their business as kosher.  After a few back and forths, the Rabbi asked the businessman what he thought G-d would say to his proposal.  By the same notion, what would G-d say to this 5th question?  What would he say to all of our questions of doubt and compromise?  We must strengthen our resolve to take away the validity of questions of doubt.  The only true question is; what does G-d want me to do right now?  If we can strengthen ourselves and inspire others, maybe we can have the 5th cup of wine with the Kiddush of the Moshiach at this years Seudas Moshiach in .
Posted by Ari Miller at 10:10 PM