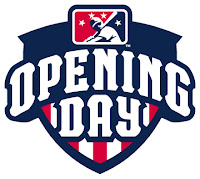 The Torah portion of Shemini tells us about the opening day of the (Mishkan) temporary tabernacle in the desert on the 1st of the Hebrew month of Nissan almost one year after they Jews left .

At some point after the initial service, the two eldest sons of Aaron the High Priest, (Kohen Gadol), Nadab and Abihu brought what the Torah calls an alien fire on the alter and died.

Nadab and Abihu were great men.  What did they do that was so wrong that would cause such a strong reaction from Heaven on such an important day?

There are a lot of questions and commentaries about what exactly is going on here.  Here are some of them:

1. Rabbi Yishmael holds that they used a fire from the alter, but it was alien because they had not been bidden to offer it.
2. Rabbi Yishmael also says that Nadab and Abihu had been drinking wine and it is not permissible to enter the sanctuary after drinking wine.
3. Rabbi Akiva holds that the fire was alien, because it didn’t come from the alter.
4. Rabbi Eliezer holds that their actual offense is that they ruled the fire holy, but it was inappropriate to make a decision about Jewish law in front of their teacher, Moses.
5. They also did not consult their father, Aaron.
6. Only the high priest is permitted to enter the Holy of Holy’s and they were not the high priest, nor did they wear the high priests garments.
7. They didn’t wash their hands and feet before entering.
8. They weren’t married
9. They didn’t have children.

There are few incidents in Torah where there are so many different opinions about what happened in a particular situation.

The only thing that all of the commentators agree upon is that these were great men and they acted with the intention of serving G-d.  They were judged so severely because they were so great.

The core of their mistake and the running theme throughout all of the explanations is that they served G-d in a manner in which they wished to serve him, not in a manner that he wished to be served.

If a vegetarian is hungry and you bring him a nice juicy steak, you didn’t do him a favor.

If a car has a flat tire and you bring gasoline, you didn’t help the situation.

If we really want to help someone or serve G-d, we need to do give them what they need, not what we feel like giving.

I recently read an article online about Conservative Judaism.  The article was presenting the argument that Conservative Judaism should recognize Jews whose father is Jewish, but mother is Gentile.  The foundation of the argument was Conservative Jews already drove on Shabbat, so if they broke that Torah law, why not break this one too.  I found it almost amusing, in a strange sort of way, that the article never even considered that maybe they should actually stay true to the words of G-d’s eternal Torah as opposed to adjusting our practices to fit our needs.

The only way to truly serve G-d is by following the instructions of the Torah.  Anything other than that is like brining a vegetarian a piece of meat and really only serving ourselves.
Posted by Ari Miller at 7:59 AM