Several years ago I was visiting a community for Shabbas.  It happened to be a Shalom Zachor (Friday night gathering after the birth of a baby boy) that Shabbas and my host and I went.  It was pretty late at night.  All of the Rabbis and older people had left and only the younger crowd remained.

I was called upon to say some words of Torah when I explained the concept of a city of refuge.  The Torah alludes to it in Parsha Mishpatim and spells it out in several occasions.  When a man accidentally murders his fellow, he can escape punishment by going to certain cities inhabited by members of the tribe of Levi where he can safely spend the rest of his days.

What’s interesting about the city of refuge is that it is the exact opposite of our penal system.  In modern day countries criminals are housed with other criminals.  First time offenders are often housed with violent inmates and they learn how to become better criminals and exit prison, often, worse then when they arrived.

In the Torah system, these offenders are sent to cities inhabited by the Levites, our holiest tribe.  Presumably they follow the excellent example of their new friends & neighbors and improve themselves why their there. 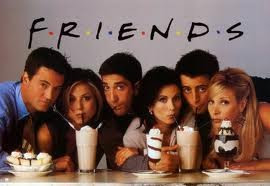 As I concluded the Dvar Torah, I remarked that it was very comforting to be in the company of my new friends and I was hoping that their influence would elevate me.  When I finished, the guy to my left said that there were other people to be friends with in the cities of refuge besides just the Levites.  When I asked who, he responded, the other accidental murderers implying that my present company did not see themselves as so holy.

It was a cute statement, but it brings up an interesting question… who do we choose to be our friends and what impact do they have on our life?

Ethics of our fathers warns us to distance ourselves from a bad neighbor and cautions us not to become friends with a wicked person.  I would imagine that most of us wouldn’t define our friends as wicked, but we also generally don’t think about what impact our friends are having on us.  Ideally, we should think about who we choose to spend time with and why. 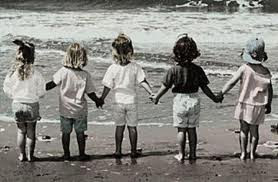 Ideally, surrounding us with positive and avoiding negative role models is something we can all do.  This isn’t to say that we should break off relationships that we have with people just because they aren’t perfect.  However, if someone is influencing us negatively, we should minimize the amount of time we spend with them and try to avoid areas where they’re bringing us down.  We should also think about the people we spend time with and what qualities they do have.  I venture to say that we can find traits that we’d like to emulate in the people we’re closest with.  We should also think about the areas that we want to improve in our own lives and spend time with role models.

The more we do that, the less we’ll have to rely upon the cities of refuge.
Posted by Ari Miller at 11:47 PM