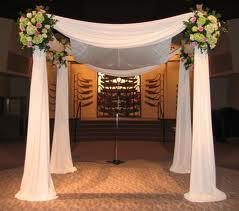 Nothing can send the cause more friction than a wedding invitation from a close friend or family member who’s marrying a non Jew.

The percentage of Jews marrying non Jews is probably the worst that it’s ever been in our history.  In , the statistics are well over 50%.  If you take out orthodox Jews from the equation, it probably reaches over 80%.  There are very few families who have not seen inter marriage.  Even if one’s immediately family happen to all marry Jews, it’s an almost guarantee that our cousins wont be so fortunate.

This topic was much harder for me to write about then others.  Thankfully, my brothers and I all married Jews, so it wasn’t a personal issue that made it so difficult.  Since it’s a newer problem, there is very little written about the subject in the usual sources for Jewish law (Talmud, Mishnah Torah, Shulchen Aruch, Mishnah Berura, etc.)

Before we go too far into what one should or should not do, I’d like to define several different cases.

It’s not a case, but it seems like a good point to talk about inter racial marriage.  In Judaism, a Jew is a Jew.  According to Jewish law, there is no difference between Jews of different skin colors.  That being said, there is no room for racism against fellow Jews within Judaism.  In fact, discrimination against any fellow Jew would be a violation of the Torah commandment to love your fellow Jew like yourself.

You can spend time with your friend or relative and tell them while you’re not happy with their choice to marry a non Jew, you love and care for them very much.

You can visit them before the wedding and tell them how much you love them.

You can visit them after the wedding, as long as your visit as no connection to the wedding itself.  For example, if the wedding was on a Saturday night and they were having lunch for the wedding party on Sunday, it would probably be best not to attend the Sunday lunch.  It would be OK to visit Sunday night and spend time with them.

While we can’t celebrate with them, we can and should still treat them as our friends and loved ones.  If the Jew is a woman, their children will be Jewish, which means all the more reason to keep a strong loving relationship.

The key to navigating through this is the same as most areas in life.  If your relationship with the person is on solid footing and built on a respect of the choices that each of us make, it will survive.  It’s our job to nurture those relationships so they can get through challenges no matter what they are.
Posted by Ari Miller at 11:01 AM