Can you still love someone who made a horrible mistake? 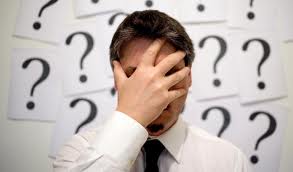 For the second time in my life, I learned that a friend of mine, someone whom I loved and respected, had made a horrible mistake.

Is there harm in simply not accepting a truth that others seem to cling on to so easily?

If I don’t accept this thing as true, am I somehow harming his victim?

Am I harming the family that he left behind?

Should I visit him in jail to let him know that he’s still my friend?

Can I still consider him a friend?

Is it a greater desecration on the name of G-d, if people see me visit him?

I first found out on Friday morning, erev Shabbas.  I was in shock, questions filled my mind.  I didn’t believe it.  I didn’t want to believe it.  I knew that I had to believe it.  I came home.  My wife took one look at me and knew something was wrong.  How could I tell her?  How could I say it?  I had to say it for the family that he left behind.  I called her into the next room and told her that she needed to start calling this persons wife and whenever possible and offer her help and friendship for her and the children.  She said OK, but was silent.  I told her that my friend was gone.  The look in her eyes told me she wasn’t sure what I was saying.  Is he dead?  I told her that he had made a horrible mistake and would be gone for a long, long time.  Then I sat down and cried.  Other than sappy movies, I hardly ever cry.  Real life generally doesn’t make me cry.  I cried like a baby.  I cried for his wife & children.  I cried for his victim.  I don’t know if I cried for him, but maybe I cried, because I didn’t know if I could.

How could someone who I considered a friend, make such a horrible mistake?

How could someone who is 98% good, do something that makes his 2% evil so outshine is good deeds?

I had no answers.

I can’t believe this is happening again.

Many years ago, I had a much similar experience, but he had no wife and children and the crime he committed, while bad, was not nearly in the realm as this.  I remember asking one of my mentors at the time how someone so good could do something so bad.  He told me the story of Judah and Tamar.  When was traveling, he saw a prostitute on the road, and he lied with her.  How could someone, as great as , give in to his evil inclination to lye with a prostitute?  The Rabbis tell us that G-d strengthened is evil inclination to such a degree that even someone as great as him found it hard to resist.

That helped me then, because the crime wasn’t that bad, but doesn’t do too much for me now.

What was this person thinking?  How could he have done it?  Why does G-d give people evil inclinations that are so bad?

I thank G-d that the extent of my evil inclination is that I’m tempted to sit on the couch and watch HBO when I should be learning as opposed to doing something much, much worse.

If my readers are expecting great answers, I have to apologize.  I don’t have any.

The only thing that I do know is that I’m very thankful to G-d.  Are there challenges in life? Of course, there are many. But when I look at this family, when I look at so many families with such hard challenges, I realize how lucky I am.  I’ve said many times that most of us think we have problems in life, until we go out and meet someone with real problems and then realizes that we have no problems.
Posted by Ari Miller at 7:31 AM