My Sins Are Better Than Your Sins

Over Passover, I had a friend come for a meal who I like very much, but don’t get to see so often.

As we were catching up about our learning, families and lives, he told me that he hadn’t had an alyiah to the Torah in a couple years.  I was a little surprised, because he normally davens at a mid sized shul and surely he would have been in the rotation several times over.  I know that he’s a regular minyan goer, so I asked why.  He told me that the shul he davens at his a policy about not giving an alyiah to someone who is married to a non-Jew. 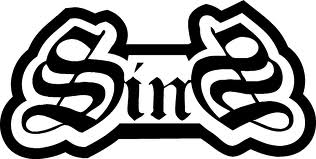 Like me, this friend is a Ba’al Teshuva.  Unlike me who starting my spiritual journey when I was single and in my 20s.  He started his spiritual journey when he was in his 50s and already had a wife, several children & grandchildren.  Thought I have never met his family, from the stories he tells me, they sound like very nice people.  He told me that he’d discussed the situation with three different prominent Rabbis that his local Rabbis referred him to.  One told him to leave his wife, marry a young girl and start a new family.  The other two didn’t give him any advice but sympathized that he was in a very tough situation.  I’ve spoke to him many times about the situation and similarly to the ladder Rabbis, offered no practical advice or action plans.  I just offered my support and friendship and was there if he ever wanted to talk.  Part of being a kiruv Rabbi or any type of mentor is to know when to push someone into performing a mitzvah or stopping from a sin and knowing when to keep your mouth shut about or even council to someone to slow down their spiritual growth if they’re growing in a wrong direction or headed for burn out.  Leaving his wife, and essentially his children, would simply be too much to handle for this person.

The inspiration for writing this article is not to give practical advice to someone who is married to a nom-Jew.  For that there is no advice to give.  Everyone needs to make their own individual decision about what’s right for them.  When pressed for an answer regarding this question, I usually tell the person that there are 613 separate mitzvahs.  This is one of them.  Come back to me after they’ve fulfilled the other 612.

My inspiration is the synagogues decision of what sins one can perform and still get an alyiah and what sins they consider too great to be called to the Torah.  In my studies, I have not come across any type of defined ranking of sins from “not so bad” to “the worst.”  We go have some clues, because different sins have different penalties associated with them.  For example, eating non kosher food is punishable by lashes while improper marital relations and violating the Shabbas is punishable by death.  We may be able to derive from this somewhat of an order, but even this isn’t so clear.

Is eating non ritually slaughtered chicken the same as eating pork?  The punishments are.

Where do we draw the line about whose in the club and whose somehow outside?

Is it Shabbas observance?

Is it family purity?  (Appropriate use of the mikvah within marital relations)

Is it improper speech which may embarrass someone?

I’m not trying to down play the negative effects of inter marriage.

Its very easy for most of us to speak about how sinful intermarriage is or homosexuality, because most of us aren’t in that situation or have those temptations.  I have yet to see a Rabbi stand up and say that anyone who speaks improperly will no longer be called to the Torah.  Why not?  This is a sin, but somehow we look the other way.  Why?  Is it because it’s somehow less serious of a sin?  I would venture to say that’s not the reason.  We look the other way because we tend to judge sins that we commit as less severe and sins that other people commit as terrible.

Essentially, we’re saying that our sins are better than your sins.

In the Shabbas morning minyan that I typically daven in, there is one person who makes a strong attempt to keep down the talking during the davening by either shushing or making announcements.  A couple weeks ago, I noticed that he was talking during davening.  I went over and nicely, but sarcastically said, do you notice that whenever you talk during davening, it’s for the sake of heaven and whenever other people talk it’s for mundane purposes.  He laughed and acknowledged it was true.

Just to clarify, I am not advocating talking during davening, inter marriage or any other sin for that matter.

I am advocating that we need to judge each other leniently and lovingly.  If we decide that we want to take a stand against sins, that’s great, but we should direct it inward towards the sins that we commit, because we all sin in one area or another.
Posted by Ari Miller at 10:39 AM