Going from Geula to Gallus… what do I do now? 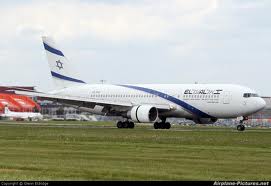 This past Shabbas I had the pleasure of hosting a friend of mine for Shabbas who just got back from a few months of learning in .  I had met this person when I helped lead a kiruv trip to a little over a year ago.  This friend, let’s call him Bill, was inspired when we were on the trip together and started going to classes in the   When his semester ended he returned to the holy land to spend sometime learning and having fun.

We talked a lot over Shabbas about his experiences over the past couple months.  As we got to the topic of his future plans, he was returning to his last year in college, but religiously, it was a little more uncertain.

Bill was keeping the Shabbas for the most part and taking steps toward the observance of Kosher and other laws, but has a new Ba’al Teshuva, he’s still on shaky ground in terms of maintaining his new found inspiration.

When someone first gets inspired and feels the excitement of developing their relationship with their creator, it’s an unbelievable opportunity for positive growth and change.  Unfortunately though, that intense inspiration and enthusiasm doesn’t last forever and if they don’t come up with concrete ways to keep their spiritual momentum going, they may backslide.

There are a ton of different variations and choices that one can make when their in this position, but for simplicity sake, I’m going to boil them down to three separate categories.

The BT High – After the initial inspiration, a person going through this may tend to take on every mitzvah, custom and stringency that they can learn about.  They’re waking up early to daven, their going to bed late.  There’s hardly a class around that they’re not going to.  While this can lead someone to unbelievable spiritual heights, it can also lead to burnout and disaster.  I’ve seen several cases of someone growing a long beard and wearing a gartel within months of their initial inspiration only to see everything, and I mean everything disappeared for a year.  Just like in physical health, attempting to run a marathon on the first day one starts exercising could be suicide.  The same goes spiritually.  A strong house can only be built on a steady foundation.

My Old Life – The opposite extreme of the BT High is when someone resumes their old life as it was before their inspiration… same friends, same places, same hobbies, etc.  Sure, maybe they stay home Friday nights or order different things at the restaurant, but everything else is basically the same.  Someone may light an intense fire, but unless they keep putting new fuel on the flames, the fire will eventually disappear.

Steady Steps – Our great Rabbi, Rambam (Rabbi Moshe ben Maimon) tells us that in almost all cases, the middle path is the best.  The first thing someone needs to do when they get back from Israel or pass the point of initial inspiration is pick something that they can do every day to keep their fire going.  It could be going to minyan.  It could be putting on tefillan at home.  It could be going to a class or learning by yourself.  Pick something that appeals and inspires you.  It doesn’t matter what, but the important thing is that it should be consistent and something that can be done every day no matter what.

Eventually, the initial excitement of doing this mitzvah may wear off, but as one keeps doing it day in and day out, the connection it creates with G-d becomes stronger and stronger.  As your relationship grows, it takes on a new level of love and closeness.  It’s not that different from marriage.  When newlyweds are young and vibrant, they should have a tremendous physical attraction to each other.  As a marriage grows, that initial attraction may not be exactly the same, but the emotional attraction from going through so much together becomes so much more powerful then the physical attraction ever was.

We have so many resources and possibilities for people when the decide to go learn in Israel, but when it comes to having support systems for when they get back, the Jewish world seems a little bit lacking.

Stay strong, stay inspired and stay involved.  As you keep moving closer to Hashem, by performing is mitzvahs, he’ll draw closer and closer to you.
Posted by Ari Miller at 7:20 PM