A Mitzvah Can Change a Life 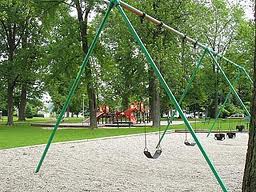 Sometime around 1980 or so there was Jew who worked in a financial company around .  Let’s say his name was Naphtali.  He was Ba’al Teshuva through Chabad and through his work he befriended a non religious Jew.  Occasionally, Naphtali and his new friend got together at the park where his son Gedaliah played with his friend son Stephan.  Though he occasionally talked about Judaism to his friend, nothing really sank in with exception of one occasion.

Naphtali remembers that one day, the day after Yom Kippur that year, something was different when his friend arrived to work.  His friend was wearing a kippah.  Naphtali’s friend wore it all day.  Wearing a kippah in public, for the first time, is truly one of the bravest things a Jew can ever do.  Unfortunately, this was the last time his friend wore a kippah to work and he remained uncommitted to Judaism.  Eventually, the friends got different jobs, moving to different cities.  Naphtali undoubtedly thought that his conversations about G-d and Judaism had no effect on his friend.

In 2004 or so I was a regular at an urban shul where wasn’t uncommon for non-religious Jews to start coming to try to explore their Judaism.  Some came every day.  Some came once and never again.  One day, a Jew walked in who looked and acted like he couldn’t be less religious.  He drove a taxi, went to community college and had no shortage of tattoos including the heart, spade, diamond & clover tattooed on his knuckles.  We were about the same age and became friends.  Simcha explained that he had been raised totally secular and neither he nor his family had any connection to Judaism.  As he grew older, he had a burning curiosity which inspired him to come to shul for the first time.  This guy started coming every Shabbas morning, but had to leave in the afternoon to go to class.  Eventually the semester ended, he started becoming more observant and even started going by his Hebrew name, Simcha.

It wasn’t that long after, the Simcha decided that he wanted to move to to learn.  Those of us closest to him were very proud of his progress.  I remember the Shabbas before he was scheduled to leave.  Since he lived in a different part of the city, he would typically sleep over at the Rabbi’s house or sometimes at my house.  On the Shabbas before he left, the Rabbi was out of town and I already had guests.  I made some calls and the Chabad Rabbi in the a couple neighborhoods away agreed to host him.  He explained to me that his parents were staying with him as it was their last Shabbas in and they were moving to that week.  I thought that it was a great connection.  Now Simcha will at least know someone there.

The Shabbas was fairly normal until I arrived at Shul for Mincha on Shabbas afternoon.  Apparently at lunch at the Rabbi’s house, Simcha and the Rabbi’s father, Naphtali started talking.  They first realized that both Simcha and the Rabbi, Gedaliah were born in the same city.  Then they realized that Simcha’s father and Naphtali worked at the same company.  They then realized that it was Simcha’s father who was Naphtali’s old friend and Gedaliah and Simcha, called Stephan up until a year ago, had played together in the park has children.  I can only imagine the emotions when Naphtali told Simcha the story about his father wearing a kippah and that Simcha’s father, in fact, did have sparks of Judaism lying dormant within him.  I can only imagine how Naphtali must have felt that his efforts in trying to help his old friend were not in vein… it just took a generation before they sprouted forth.  As they told me this story before Mincha, still fresh in their memories, it was overwhelming.

It was about a year later that I received an email from an address I didn’t recognize with the subject line reading “I’m engaged.”  I opened up the email and saw a frum looking couple that I didn’t recognize.  I assumed it was sent to me by accident, but just before I deleted it, I looked over it once last time.  I saw a man in a black suit, white shirt, black hat and a full untrimmed beard.  As I glanced down, I saw the man’s hand… and on his knuckles were tattoos of the heart, spade, diamond & clover.  It was my friend whose yiddeshkeit burned so brightly that I hardly recognized him.

The lessons are clear.  Every single mitzvah or act of kindness has an affect that can change a life.  Most the time we don’t get the privileged of seeing the results of our actions, but once in a while, G-d gives us a glimpse.
Posted by Ari Miller at 9:44 AM